How about using your Landes camping break to drive to Spain? The Spanish border is 150km from our 4* Camping Club Marina Landes. You can easily go on day trips to Irun, Hondarribia, Pasaia or San Sebastián. A guaranteed change of scene!

From the Landes to the Spanish Basque Country

On your way from the Landes Forest to the foot of the Pyrenees, you'll see the best sea resorts on the Basque coast including Anglet, Biarritz, Guéthary, Saint-Jean-de-Luz, Urrugne and Hendaye, the last stop before Spain.
Across from Hendaye, Irun is the first Spanish town you'll come across just after going through the Western Pyrenees, on the other side of the Bidasoa marking the border with the French Basque Country.

A quick trip to the Spanish Basque Country

Don't miss the fabulous Renaissance-style Urdania Palace in Irun. The Roman town of Oiasso and its museum are also worth a visit as is the San Marcial hermitage, built on top of Aldabe Mountain to commemorate Irun's victory over French troops during the battle of June 30th 1522.

A few miles away, stop in Hondarribia (Fuenterrabía in Spanish), a fortified medieval town-come-typical and lively fishing village. Experience Basque cuisine and the famous pintxos bars in the Marine area, the towers, ramparts, Renaissance and Baroque houses and palaces and so many more historical gems.

If you're in no hurry to get back to the campsite then carry on along the Cantabria coast and stop in Pasaia. Victor Hugo holidayed in this authentic fishing village nestled in one of the only natural fjords on the Spanish Basque coast. Use your time here to visit the Victor Hugo Museum which also houses Pasaia Tourist Information.

No trip to Cervantes' land would be complete without a trip to San Sebastián. You'll love the old town at the foot of Urgull Mountain, the legendary La Concha beach and the old Igueldo Mountain cable car where you just have to take a selfie.

A spot of shopping on the Spanish border

You'll find "ventas" all over the place as you wander from one cultural hotspot to the next. These former contraband huts on the Spanish border have great prices and lots of good deals. It's a great opportunity to stock up: olive oil, turron, sheep's milk cheese, Spanish cured meat (ham, chorizo), wine and everyday items. The ventas-supermarkets, such as the one in Irun, are bigger than traditional ventas with more choice. They sell everything. 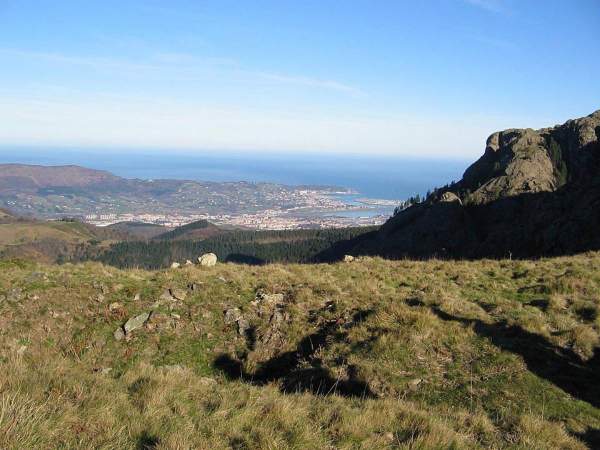